Covid-19, This Pandemic and Us a Year Later

Covid-19, This Pandemic and Us a Year Later

It’s Been a Long Journey. Last year, March 2020, the world really had no idea what we were up against. Many narratives were strewn in the media and depending on one’s personal politics, beliefs and life experiences not everyone believed the mysterious virus would decimate the global population and change our definition of normal, but it did. Covid-19 has been the catalyst to most if not all of 2020-2021’s global, social, cultural and economic storylines: meticulous safety precautions, rising death tolls, hospital supply shortages, businesses shutting down, civil unrest, the stress of virtual learning, immense job loss, unreliable housing and mental health struggles.

Take a moment and think back to where you were when the quarantine was announced. Did you ever imagine it would still be in effect today? Other countries were able to eradicate Covid-19 completely, but the U.S is still working on figuring it out. With the immunizations rolling out, and less stringent social distancing procedures, could we finally take our mask off for good?

2020 was a year of learning. We all learned what essential meant. We learned how sacred toilet tissue, disinfectant products, protectant masks and soap and water. We learned how important our hospitals, doctors, nurses, and workers are. Hospitals became severely overpopulated. Grief massively spread all over the country and family members had to learn how to mourn the loss of loved ones without memorials, proper goodbyes or funerals.  We had to learn how to cope with loneliness and isolation due to Covid-19 rules and restrictions.

Unemployment assistance and sporadic government stipends in the form of stimulus checks attempted to stop an economic collapse due to mass layoffs, close of businesses and essential business mandates. There became an increased need for an ecosystem of bartering services instead of monetary based services. Additionally, Covid-19 sparked a new wave of entrepreneurs. The surge of new small black businesses were unprecedented. It was important to witness the visibility these businesses gained. During this pandemic, finding a way to increase revenue due to job security being uncertain, was necessary.

Within poor black neighborhoods, there were very few facilities available to even be tested for Covid-19 despite Black Americans being the most at risk. This isn’t new – to not have the medical access that other communities are granted. The disparity of equal access to public healthcare for Black Americans is a historical fact and a present issue that has yet to be resolved. Historical medical evidence references using the black population as testers for new medicinal trials and procedures. The Black community have every right to be weary. Even with more companies releasing updated vaccinations to immunize the public against the Covid-19 virus, most older and high-risk Black Americans have not received their vaccine due to distrust of the government or the lack of access to receive the vaccine. No matter what decision our people decide to make regarding the vaccine, we must always put our health and safety first. Furthermore, the pandemic wasn’t the only thing to consume the minds of Black people and the public in general over the past year.

Despite Covid-19 social distance guidelines, Americans took to the streets to protest police brutality. Covid-19 effects such as isolation, depression, frustration, sadness and anger were further heightened as millions of Americans watched from the confines of their home as George Floyd yelled and pleaded for his late mother as police officers straddled him to the ground and murdered him. Emotions were already high but witnessing George Floyd’s murder left people all across the world filled with angst, disdain, sorrow, fear, exhaustion and uncontrollable anger. We’ve experienced this tragedy far too often in the black community but the Pandemic made everyone sit still and watch our reality. The world noticed the injustice and solidarity began to occur – in unison, we can agree that enough was enough.

When the lockdowns first went into effect, the first week was a party as the realization set in that this was really happening. There were virtual games being played, virtual happy hours, social media was on fire as most people were stuck inside their residences. By the third week, the “new car” smell of being home wore off and not knowing when this would end caused national anxiety. Here we are, a smooth 365 days into this thing and even though some places are operating almost like normal, a large portion of society is struggling mentally, emotionally, and financially. Decreased socialization, death of loved ones, unforeseen financial crisis, social injustice, and isolation for a year has impacted us all. A year later, priorities, relationships, lifestyles and perspectives have changed due to Covid-19.

We as people all have a shared experience. We are forever connected. So much progress has been made but we look forward to the day when we can step outside and not run if a person is less than 6 feet away.

What a powerful look back at the pandemic, a year later. 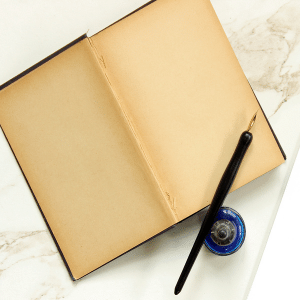 Shellz Pen is a mother, wife and writer based out of Long Island, NY. For all inquiries, please contact Shellz at hi@shellzpen.com.